Amazonas Colombia - Journey to the rainforest

Get to know by far the most water-rich river on earth. It offers a unique habitat for an almost unlimited variety of fauna and flora. It is a river in northern South America and experts estimate that it has existed for over one hundred million years. About 300 km south of the equator it crosses the Amazon basin, framed by the Andes in the west and shaped by tropical rainforest, eastwards to the Atlantic Ocean.

It is estimated that the world's richest river is fed by about 100,000 tributaries, of which about 1,100 are larger rivers. Hard to imagine for us.

The Amazon basin alone has gigantic dimensions and is far larger than the area of Europe. It affects nine states, such as Brazil, French Guiana, Suriname, Guyana, Venezuela, Colombia, Ecuador, Peru and Bolivia.

Along this gigantic river system there are only a few cities that are isolated in the jungle. The most famous city here is Manáus in Brazil.

About one million indigenous people still live in the Amazon region. Their settlement areas are mainly in Brazil. Approximately one million square kilometres are designated as Indian areas, which corresponds to about 20 percent of the area. 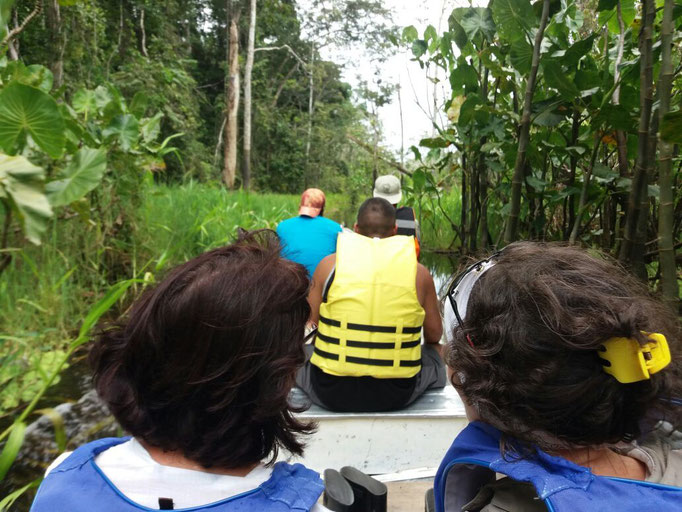 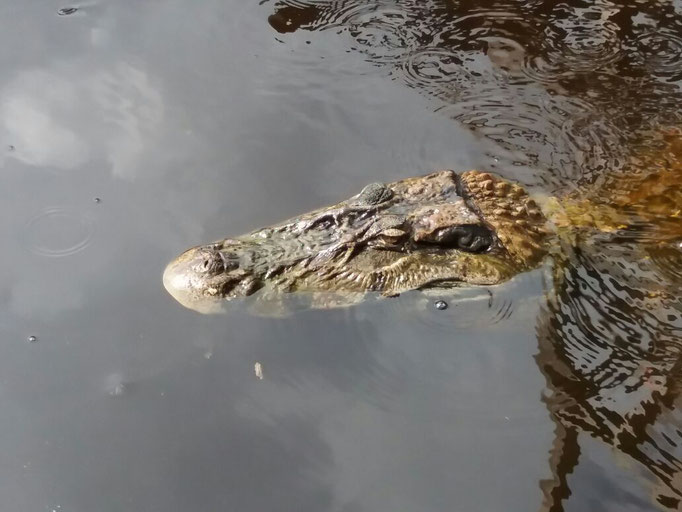 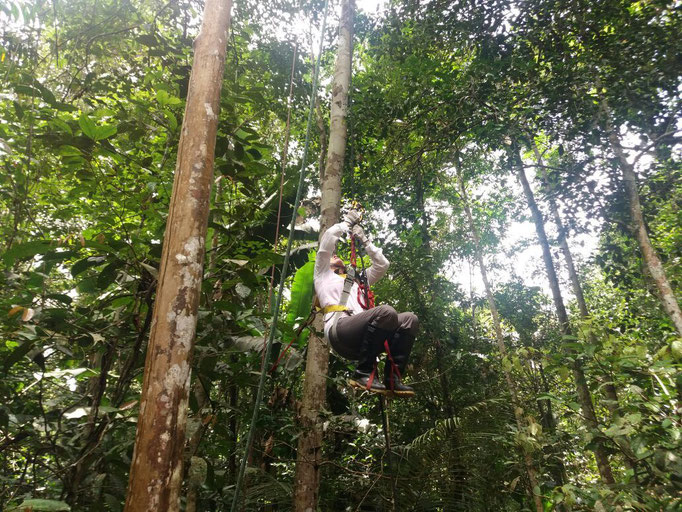 An estimated 150 indigenous peoples still live there, some of them self-sufficient and deeply rooted in their traditions. They often live directly on the rivers in simple huts on stilts to protect against flooding. This is because the rainy season, which can last for different months depending on the area (north or south of the equator), can result in huge areas of water. And because it always rains somewhere in the Amazon region and not in other areas, the water level always rises and falls. Thus one has the feeling, as if the Amazon pulsates like a gigantic heart. The indigenous peoples live mostly from fishing, depending on the area from some cattle breeding as well as from the sale of Brazil nuts and fruits on nearby markets. Some of the last so-called uncontacted tribes also live in the Amazon. But these indigenous people continue to fear for their livelihoods. The deforestation and overexploitation of the Amazon continues to destroy their environment and their livelihoods.

The biodiversity of the Amazon region is almost infinite. Above all, the abundance of fish exceeds all imagination. In this seemingly endless stream, more different species of firs should live than in the whole Atlantic. The number is estimated at about 1,500 fish species. The best known among the fish is probably the piranha, as well as the electric eel, which generates electricity. It is also the home of the giant fish, like the Pirarucu, which can weigh up to 200 kg and still many fish species more, which are not yet all classified today.

To further illustrate the immense biodiversity of the Amazon, about 2,000 bird species, 250 mammals and 2,500 different plant species are native.  The number of tree species is estimated at about 3,000.

The probably best known birds of the Amazon are the toucans, macaws (parrots), hummingbirds and the harpy, a mighty bird of prey. The tucan is the symbol of the rainforest par excellence. Alone 40 types of the tucan-family live in the Amazon-area, 16 types of the Aras-family find its habitat there also.

Among the animals, the big anteater, the tapir, the sea cow, most diverse snake-types and crocodiles are probably known. In the enormous jungle-giants, also many monkey-types, sloth, cavort.

Butterflies in the most colourful colours - and the legion of insects also enrich the biodiversity of this unique area.

As already mentioned at the beginning, the Amazon rolls through the northern South American continent and passes through Colombia. The Colombian Amazon extends over a total area of 400,00 km² and is home to more than 15,000 animal species. From the Pirarucú over Anacondas, Kaimane, howler monkeys up to the king of the jungle animals, the Jaguar, innumerable further animal and plant species live in this region. This incredible diversity of species, the different ecosystems and the strong colours in the Amazon region fascinate and inspire at the same time.

The Departamento de Amazonas is the 31st of 32 departamentos in Colombia. It is a large but sparsely populated province located in the extreme south of Colombia. Only at the border river to Peru there is a larger number of settlements.

The starting point for all Amazon explorations in Colombia is the city of Leticia, which lies in the triangle of Colombia, Brazil and Peru. From there one can explore this "pearl" of nature particularly well. Leticia is hospitable and safe and offers visitors a variety of activities as well as tours to the fascinating Amazon region.

Our visitors can visit the indigenous settlements and experience the fascination of the jungle, which is immense in its tropical biodiversity of birds, exotic butterflies and caimans.

You can observe the rare pink river dolphins and meet other animals during your walks on nature trails or listen to the thousand voiced night concert of the rainforest during a night safari.

Who doesn't dream of diving into one of the most breathtaking ecosystems in the world? Into one of the incomparable and mysterious tropical worlds of South America?

We offer the visitor a unique insight into the life and wealth of the Amazon region. With possible excursions in the Amazon regions to Perú and Brazil we round off this uniquely beautiful experience in this untouched nature.