The impressive water labyrinth on the Orinoco with its countless tributaries, tributaries and lagoons offers you pure, untouched and fascinating nature.

Take part in the still original life of the Indians living there, far away from the hectic and modern world. Feel a bit like Alexander von Humboldt, who explored the magnificence of the Orinoco with its manifold natural facets in 1801.

The Orinoco - a nature experience

The Orinoco is a huge river. The figures are very impressive. It is the fourth largest in the world and the second largest in South America. Its course lies in the northern South America with a length of approx. 2,140 km and it becomes up to 20 km wide. It touches the Venezuelan territory to 75 % and the Colombian territory to 25 %.

The annual rainfall in the entire Orinoco region decreases from about 3,600 mm in the south to about 1,000 mm at the delta root, only to increase again to 2,400 mm at the coast, where it flows into the Atlantic.

Historically, it was Columbus who discovered the Orinoco, more precisely the mouth of the Oricno in 1498. Alexander von Humboldt and the French botanist Aimé Bonplan undertook an expedition from the mouth of the River Apure (in western Venezuela) to the upper Orinoco valley in 1800, and thus the first scientific records of the fauna and flora there were made. Alexander von Humboldt's second major expedition to South America took him not only through the Orinoco and Amazon regions, but also through Colombia to today's coffee region. 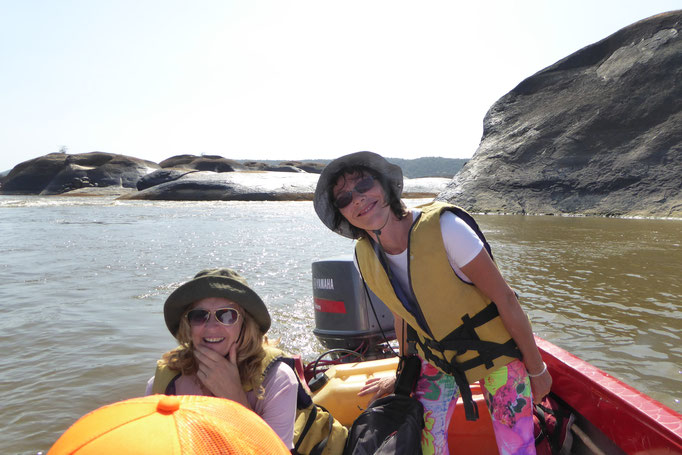 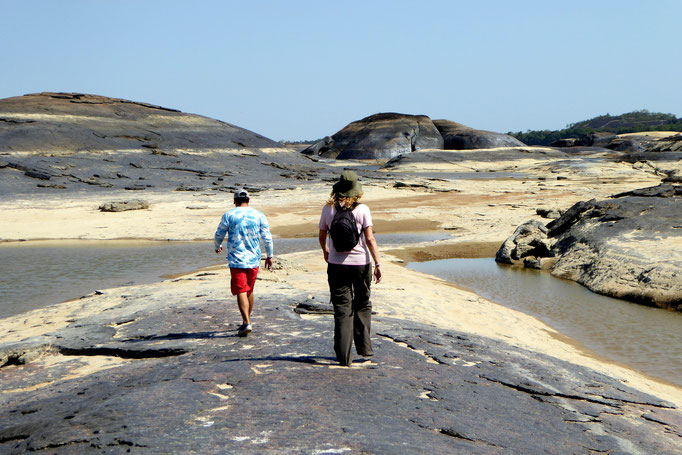 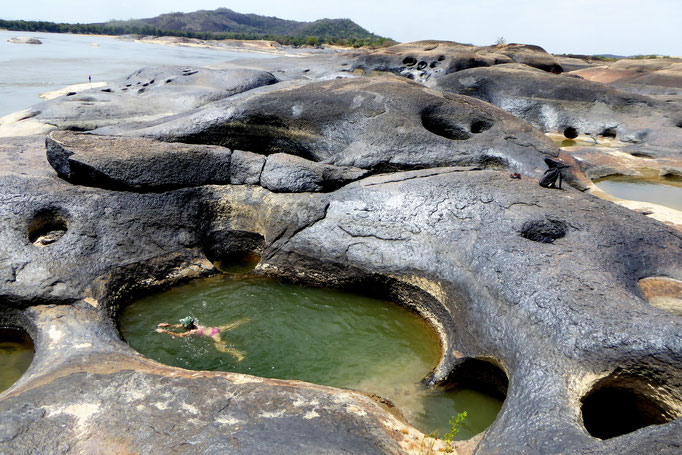 The Orinoco is not yet one of the classic tourist destinations. Somewhat more famous is the Orinoco Delta, which is only part of the giant. Classified and subdivided by name (according to geographical location) it is in Alto-, Medio- and Bajo-Orinoco and as already mentioned, the Orinoco Delta. This alone is as large as Switzerland.

With this gigantic river giant you can imagine that this river is home to a unique labyrinth of riverways, islands, lagoons and mangroves where an overwhelming fauna and flora can live undisturbed. Jaguar, puma and ocelot are just as much at home here as capuchin or howler monkeys, hummingbirds, macaws, toucans or cormorants or, as in the Colombian part, the rare pink freshwater dolphins. Its abundance of fish makes every angler's heart beat faster. Catfishes, such as falsifying catfish, armour catfish or trunk tooth catfish, are home to the Orinoco, but also other fish species such as the Piraña. One day fishing at the Orinoco is included in our expedition tour program. 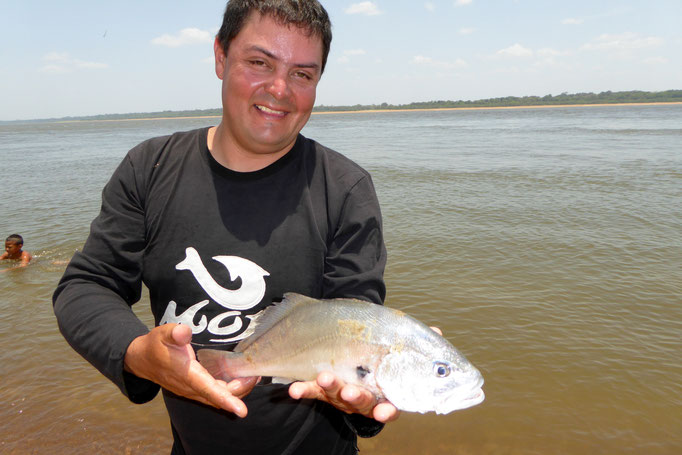 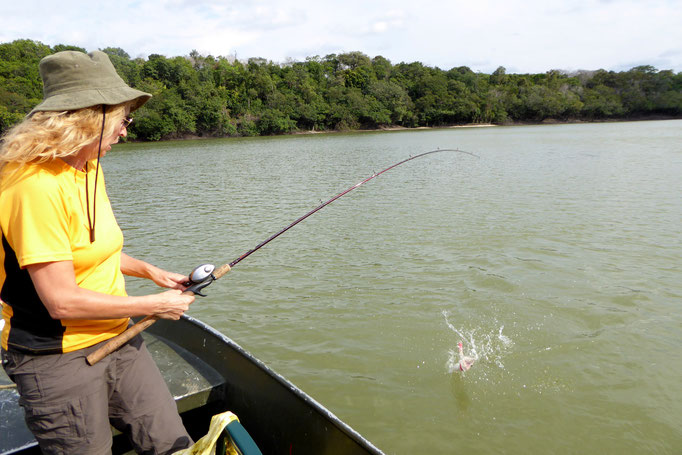 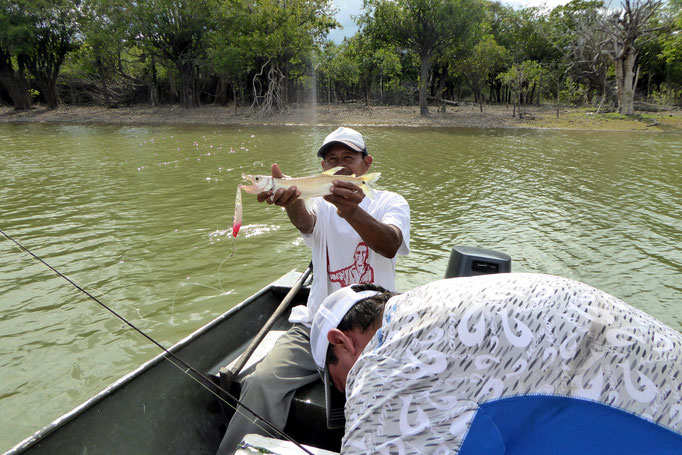 In the plant world you will find rare bromeliads, orchids, water lianas etc., which also feel at home and thrive in the tropical rainforest.

The loneliness and magnificence of the Orinoco as well as the mysticism lend this untouched spot a unique flair that can hardly be put into words. The sunsets there are as spectacular as they are fascinating. It is a breath of adventure to experience the impressive nature with its own "sound" and tropical diversity on the Orinoco, far away from the hectic everyday life.

Travel with us to this gigantic river system with its side arms, lagoons, rapids and fantastic rock formations.  Our trip/expedition also takes you to the Tuparro National Park. It is one of the most attractive and untouched national parks in Colombia and was declared an organic reserve by UNESCO in 1982.

Depending on the respective seasons (summer/end of the rainy season) and the different water levels, the Orinoco presents itself in a different "nature garb".

For examle in the months August - September you will experience the exotic variety of flowers
and animals after the end of the rainy season.

Until December the impressive expanse of the Orinoco with its countless tributaries, lagoons, its animal and bird life, amphibians, reptiles and numerous fish species dominate.

From December to March is summer at Orinoco. Golden yellow, long and lonely sandy beaches now stand out, as do the unique, natural rock formations, which often form natural pools, can now unfold their true, majestic beauty due to the lower water level. These natural pools are a welcome refreshment and provide undisturbed bathing fun.

Have a look here at our photo album