Situated in the most extreme south of the country, in the Amazonía region, we find two geographical formations that make up this paradise in Colombia:

the easternmost flank of the eastern Andean cordillera, where one soon leaves all the infrastructure behind, then plunges southeast into the plain of the Amazon and its municipalities and the mountain relief in the west of the department, the so-called Páramo. This has altitudes of up to 3800 m (Paramó is a tropical form of vegetation, but at the altitudes of the mountains - typical of the South American Andes). Its capital with approximately 45,000 inhabitants is Mocoa. The department is divided into a further 12 municipalities. The whole area is crossed by a multitude of rivers and other water sources. One of its largest and longest is the Rio Caquetá. This zone is characterized by the La Playa National Park and four protected areas where the indigenous population lives.

If we travel to Putumayo, we can experiment with three different climate zones. If we travel only 45 minutes west to Pasto, we can visit the Laguna de la Cocha. There we can enjoy, for example, the atmosphere of fishing, a canoe trip, a visit to the island of Corota or the taste of a rainbow trout. From there it takes only 15 minutes to reach the majestic Paramó Bordoncillo, which also marks the border between the departments of Nariño and Putumayo. Here, the Paramó landscape can enchant us. The frailejones (rosettes or rosette shrubs) determine this picture with their abstract growth. Here, in the gorges, springs spring up that feed the rivers further down.

One hour further, the view opens up to the Sibundoy valley, the land of the indigenous communities. The Camentzä are the so-called natives of this region, with a worldwide unique mother tongue and an ancient knowledge in traditional medicine. It is a thousand-year-old community that celebrates the traditional carnival of forgiveness on the Monday before Ash Wednesday. The main ritual at the centre of the celebrations is the head of a rooster. This act has two meanings: firstly to commemorate the beheading of John the Baptist and secondly to symbolise the blood shed by the indigenous people when they met the Spanish conquerors.

From the valley, the 80km road from San Francisco to Mocoa takes us across the eastern Andes cordillera, passing through amazing landscapes. In this area the gorges form beautiful waterfalls. In their mountains with cloud forests (primary and secondary forests) live spectacled bears, tapirs, hummingbirds and harpies. We find here a wide and rich variety of wildlife.

This wonderful journey takes us to a viewpoint at 2000 m above sea level. This privileged spot in the middle of nature offers us a charming panorama. From a distance you can see the impressive rivers Caquetá and Putumayo, as well as the Churumbelos mountains and the majestic beauty of the Amazon. This vantage point in its silence protects these natural sanctuaries, which open generously to anyone who wishes to visit them.

Come to the end of the world, to the Cascada del fin del Mundo, Mocoa Putumayo! 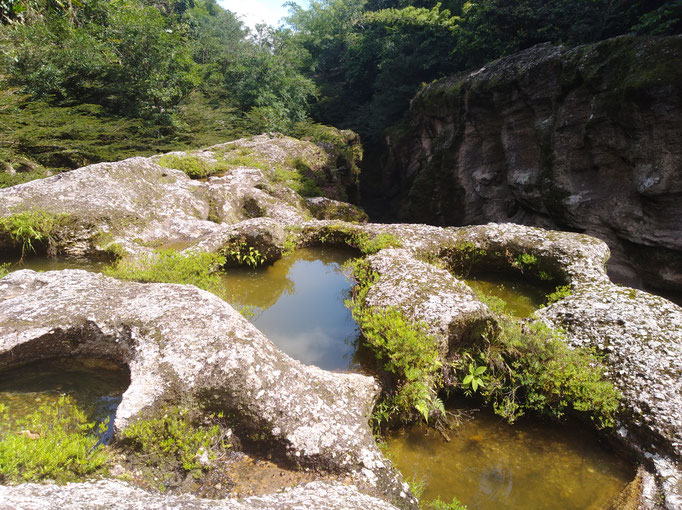 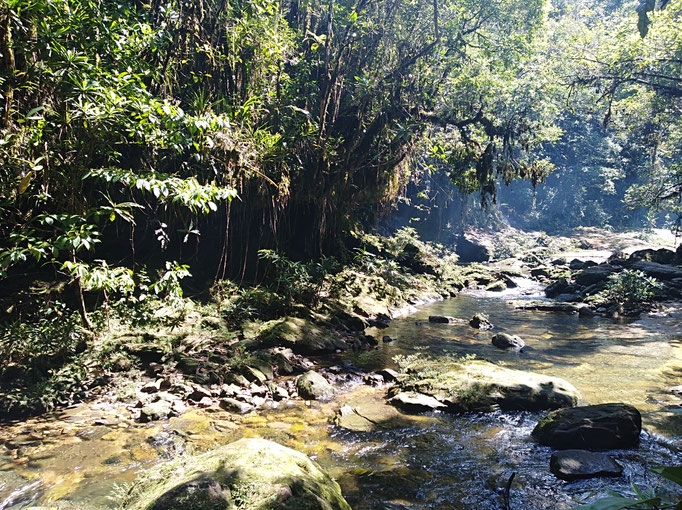 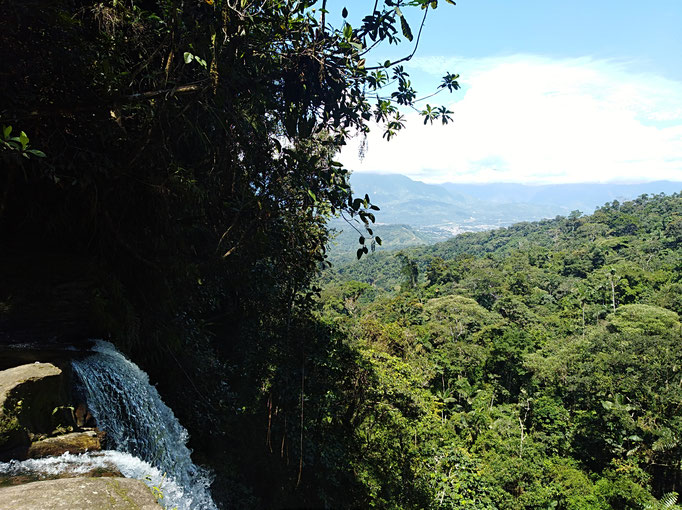