Santander belongs to the eastern Andean region and is the largest department in this region. It has the following characteristics: an average temperature of 29˚C, an average altitude of 959 m and a population of 2,020,664. It is located adjacent to the departments of Antioquía, Bolívar, Cesar, Norte de Santander and Boyacá. Of the 87 municipalities in this department, over a third represent a tourist potential to be discovered. The fact that many villages are like an open book, telling the history of the country, or the impressive natural sites invite us to linger.

The diversity of this department is its special feature. Climate, landscape and ecosystems are combined in this area, which is representative of the Andean region. Mountainous terrain, the plains of the Magdalena valley and its water resources convert this department into an ideal destination for anyone in search of natural and ecological destinations. The pleasure and adventure also form part of the local scene. Rafting, for example, has been integrated in the country by the first activities in San Gil, later other activities were added such as canopy, rock climbing and caving.

Bucaramanga, the capital of the Departamentos Santander

The capital of the region is characterized by an average temperature of 23-26˚C, an average altitude of 959 m and about 525,425 inhabitants. The official foundation of the city was Dec. 22, 1622 by the Spaniards, who pushed back the indigenous tribe "Guane", who populated and cultivated the land at that time. The city spreads out on a plateau overlooking the valley of the Rio de Oro river. The indigenous people baptized the river because they recovered large quantities of gold from the sandbanks at the time. The city has grown rapidly and now consists of "Floridablanca", "Piedecuesta" and "Girón", which form the urban area. About 1 million inhabitants live in the city.

Bucaramanga is also known as "the beautiful city" - "la ciudad bonita" and the "city of parks" - "la ciudad de los parques", characterized by their commercial activity, geographical characteristics and the presence of historical, cultural, religious and architectural monuments as a reference point for tourism in the east of the country. Theatres, cultural festivals, sporting venues, viewpoints, republican architecture and a great variety of culinary delights complete the tourist offer. A combination of history and progress with the friendliness of the "bumangueses", the people of Bucaramanga.

54 km away from "Bucaramanga" lies this national park, which has become the main tourist destination of the whole region. It spreads over about 320 ha and is located in the canyon "Chicamocha" which has a total area of 8754 ha. The National Park offers a variety of activities and offers: there are various cable car and canopy routes, an ice-skating rink, buggy runs, an ostrich park, and a gondola system that connects the park with the Los Santos plateau and leads spectacularly across the canyon. A 360-degree viewpoint, where you can look into the canyon from both sides, is particularly worth mentioning. A gigantic monument was constructed (75 m long and 24 m wide), which represents a tobacco leaf. Tobacco is an important agricultural branch in this region. The associated platform is decorated with 35 bronze figures representing the revolution of the region's citizens and peasants.

Officially founded on 17 March 1689, at an altitude of 1114 m, and with an average temperature of 25˚C. The province of Guanentá, nestled in the central area of the department of Santander, has become a priority destination for adventure tourism and ecotourism in Colombia. This is due to the special natural characteristics of the area: the unruly earth (agitated by volcanic eruptions and earthquakes), the wild mountains, the pleasant climate, the rivers, lakes and gorges with their partly raging but also clear waters. The tropical forests with their diverse vegetation allow the visitor to realize many things, from a quiet hike over ecological hiking trails and historical trade routes from the colonial era, to adventures with the raft or kayak in the wild whirlpools of the region. Cave exploration is one of the most popular activities in this department. Thanks to the large number of natural formations and passages in the rock. The biggest challenge is to enter the cave. Once there, you can discover waterfalls, natural wells and rock formations, as well as swim, hike and drag along the formations. Among the most visited caves are "Cueva del Yeso" and "La Vaca" in the municipality of "Curití", "la cueva del Indio" in "Paramo" and "La cueva del Nitro" in Zapatoca.

Barichara is situated on a plateau on the edge of the Suaréz River in the province of Guanentá, at an altitude of 1336 m, with an average temperature of 22˚C. It has 7522 inhabitants. Already in 1975 the village was awarded the title of the most beautiful village in Colombia and in the same year it was declared a national monument.

The historical centre, which has been very well preserved, describes an architectural history from the colonial period. A tour of the cobbled streets and elevated buildings made of yellow sandstone takes us on a journey through history.

An important part of the history of Barichara is the "Camino Real", which is part of a communication system of the indigenous population group "Guane" and connects in branches "Barrancabermeja" and "Bogotá". In the years of colonization, the Spanish noblemen were transported in the so-called "Sillas" on the backs of their serfs. In 1867, the government decided to reconstruct this path or have it paved and commissioned the German "Geo von Lengerke" to do so. The "Camino Real" connects "Barichara" with "Guane", the scene and heritage of one of the most important documents of indigenous history in the region. 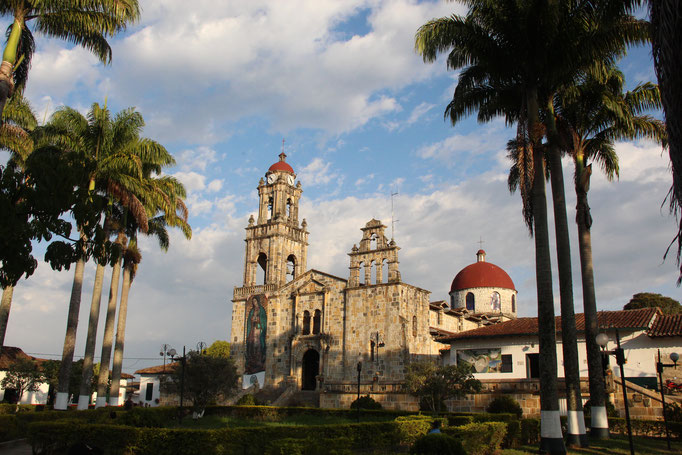 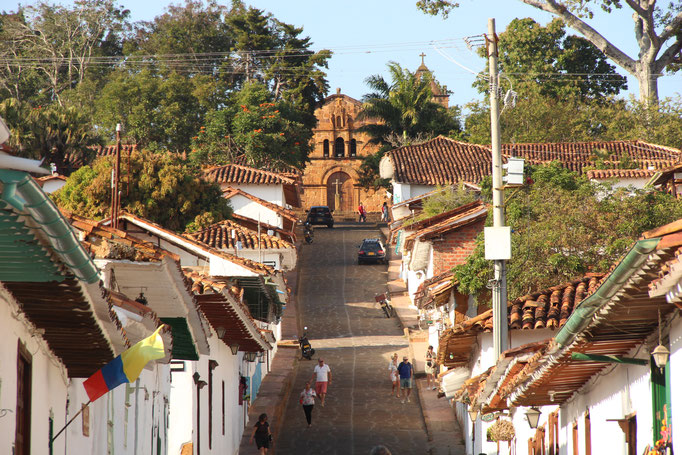 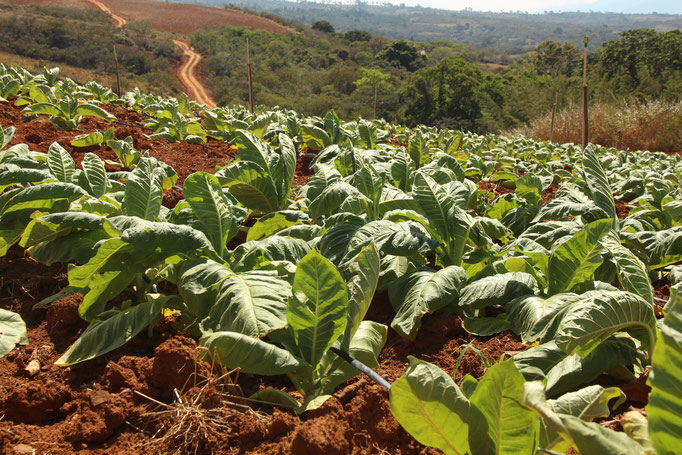 Over a hundred years older than most of the cities in the region, "Girón" was able to preserve its colonial charm. Founded in 1531 on the banks of the river "Rio del Oro", first named "La Villa de los Caballeros de San Juan de Girón", it became a settlement of rich mine owners, and furthermore an important administrative and religious base. The cathedral at the main square "Bolivar", the small chapel "Las Nieves", the House of Cultures, a multitude of colonial arch bridges over the river, all these tell city history and make the hearts of lovers of colonial architecture beat faster.

This small municipality, a little off the main routes of the region, lies at an altitude of 1290m, has an average temperature of 24˚C and 5791 inhabitants in the urban area and twice the temperature in the surrounding rural area. Already in the 17th century the region was populated by indigenous tribes like the "Guane" and "Chalalaes", only in the 18th century the municipality was founded under Spanish crown. The village got its name in honour of the Kaziken "Chalala" from the tribe of the "Guane". The surroundings are characterized by its rivers, the "Rio Pienta" and the "Rio Fonce". In active ecotourism lovers of nature can visit the surrounding waterfalls, and a well-known natural phenomenon, the water wells and pools.

In 2013, "Charalá" was declared a National Historical and Cultural Heritage for its contribution to the Revolution. The village is known for its freedom fighters who started their movements in the 18th century. At the beginning of the 19th century, the great support of the freedom fighter "Bolivar" and his troops against the Spanish crown was started by their own militias and guerrillas. "Charalá" was the venue of the famous battle "Pienta" on August 4, 1819. This battle lasted three days and it is said that large parts of the Spanish troops were stopped here by farmers and population. This prevented them from taking part in the great Battle of Boyacá, which was decisive for the liberation of Colombia. In case of doubt this could have been won by further support of the stopped troops. That is why today "Charalá" is also called the "cradle of freedom of America".