(in Spanish - Desierto de la Tatacoa) is a 330 km² desert in Colombia. From a scientific point of view, it is rather a tropical dry forest. It is located in the northern part of the province Huila in the valley of the Río Magdalena, about 40 km north of the provincial capital Neiva and only about 3° north of the equator.

Thus it lies in the double rain shadow and remains also in the rainy season mostly without precipitation. The landscape consists partly of labyrinthine hollows, which can be up to 20 meters deep.

The shapes and colours of the desert are comparable to the large deserts in the USA. Large cacti change into a red shining canyon landscape, which in turn changes into grey-white formations. 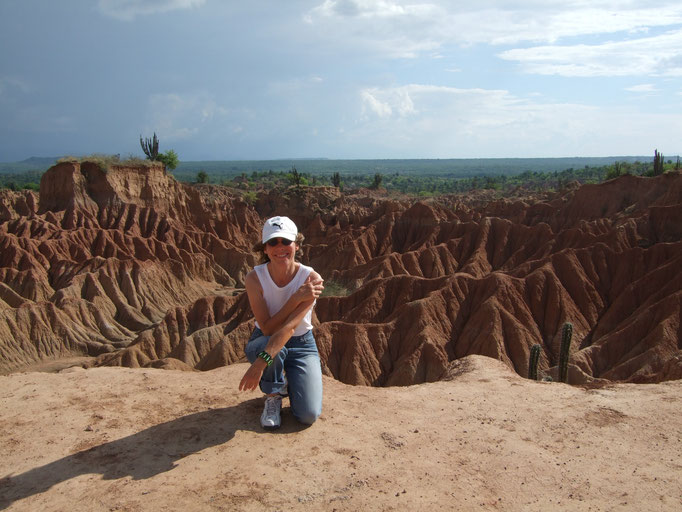 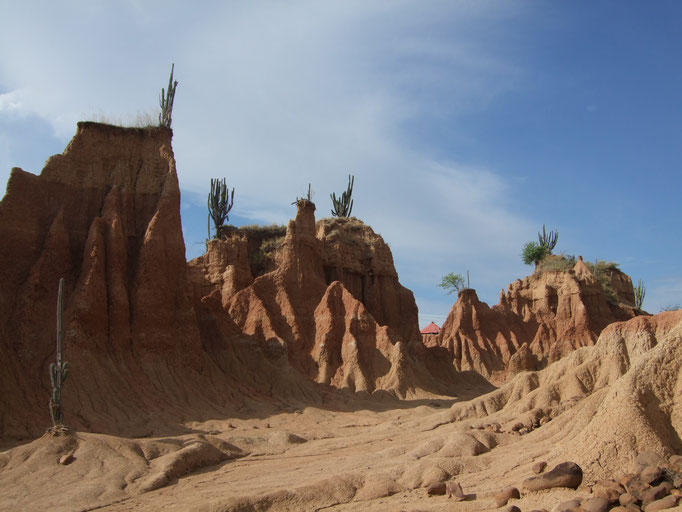 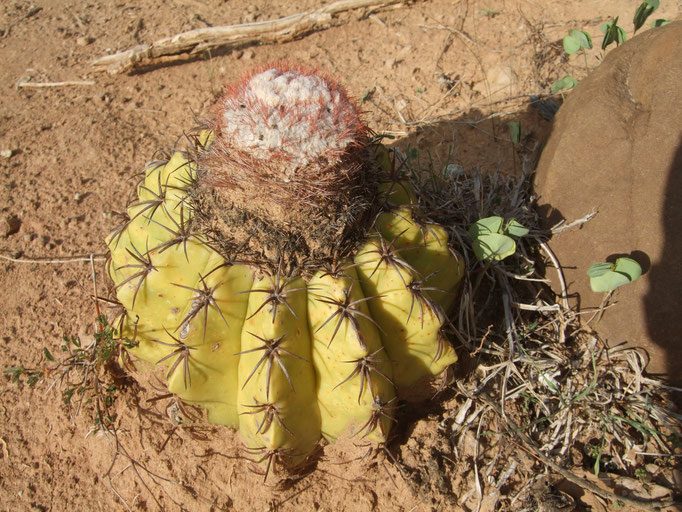 The dimensions of the Tatacoa Desert are of course smaller, but nevertheless just as fascinating and interesting. Because it has a big advantage over the deserts in the USA. Due to the extremely low proximity to the equator, the visit is a must for all "star-gazers". The stars seem to be close enough to touch. In addition an observatory offers daily after sunset lectures for visitors. Cloudless nights are almost all year round. From there you can observe up to 88 star constellations and admire phenomena like meteorite rain.

Off the beaten tourist track, it is said, there can also be some clattering. Tatacoa means in the Indian language "evil snake" or "angry woman"...

In fact, turtles, rodents, spiders, scorpions, eagles, lizards and tiger cats live there. The average temperature is 28°C. However, 40-45°C can be reached with full sunlight. 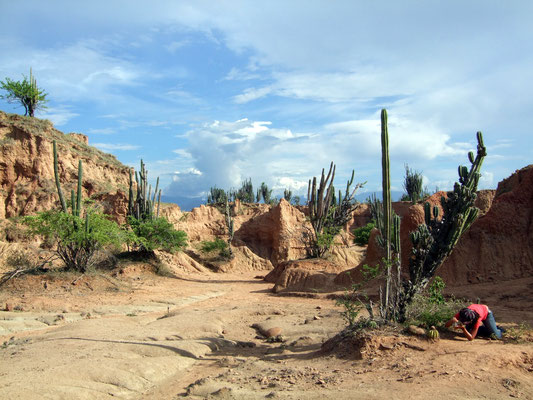 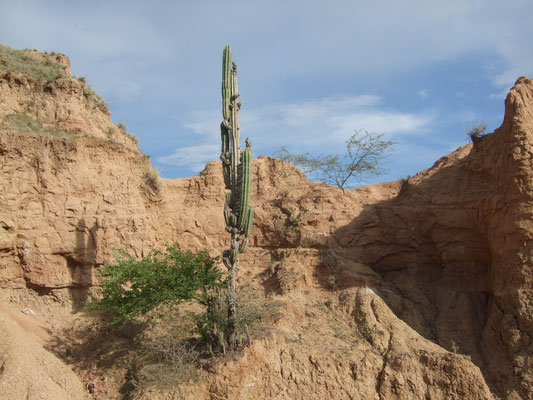