In Colombia, the department of Boyacá can be mentioned as another excellent tourist destination when it comes to enjoying the attractiveness of nature and landscape as well as the activities in it. It offers Andean landscape with its gentle and fertile hills, green valleys and in homage to the glorious past a cultural, historical and artistic heritage.

The department of Boyacá has an area of 23,189 km² with a total of 120 municipalities and a population of around 1,400,000. Geographically located, it is nestled on the eastern Andes cordillera. It shares the Cundiboyacense plateau with its neighbouring department, with an extension of 170 km in length and 40 km in width.

With a flat to undulating topography, this plain lies between 2,500 m and 3,000 m with a climate that is cold by tropical standards and in which most of the cities are located. In this department you can experience different climate zones, from the perpetual snowfall on the Nevado de Cocuy to the hot zones in the Magdalena medio e.g. in Puerto Boyacá, where the average temperatures are 36˚C Whereas on the plateau temperatures of 11-20˚C can be expected. 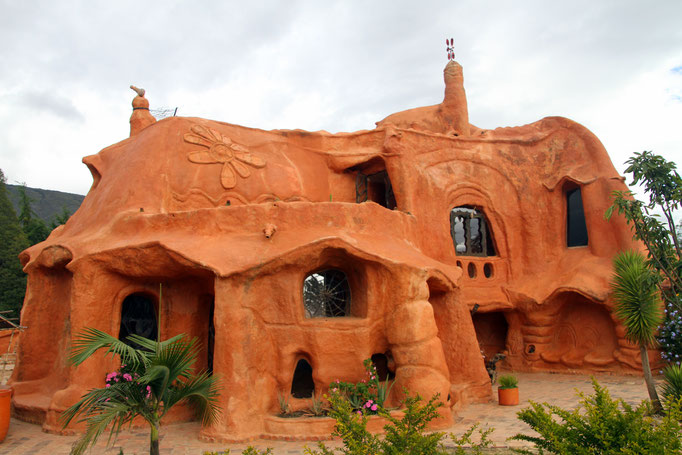 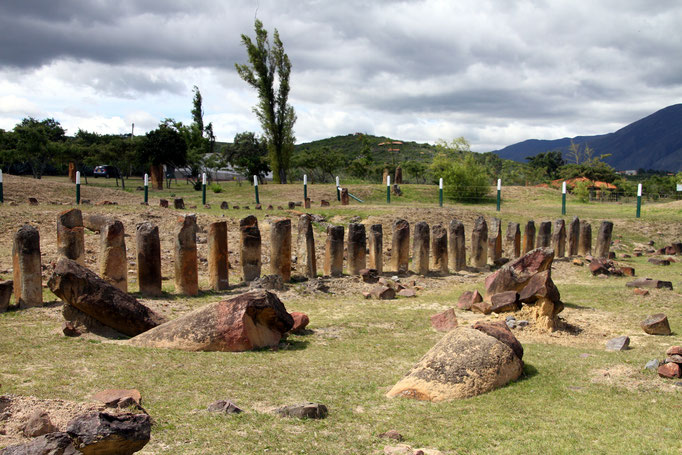 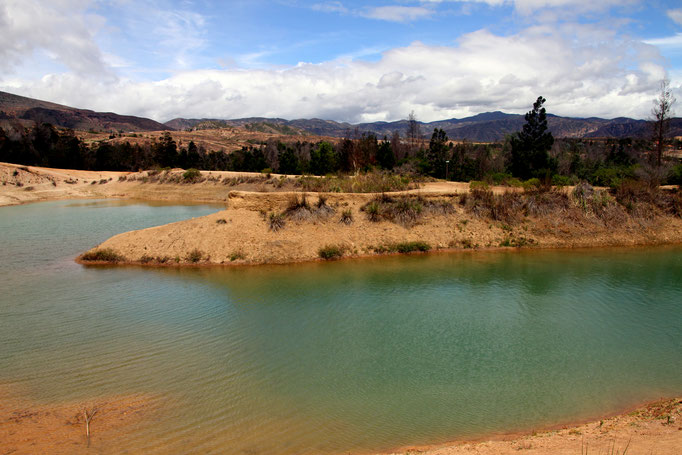 Due to the variable climate, the broken topography, the settlement of one of the most important pre-Colombian people, the Muiscas, this department has great potential for adventure, archaeological and ecotourism. Activities such as paragliding, hiking, caving, kayaking, mountaineering, climbing, rafting and water and canyon climbing are part of the program. For example, in order to practice demanding alpinism, you can visit the heights of the Nevado de Guicán or the Sierra Nevada de Cocuy. The Tota and Sochagota lagoons invite you to practice fishing or water sports, such as water skiing or sailing. Camping and hiking enthusiasts can spend several days in the Cocuy National Park or in the Iguaque Nature Reserve.

Villa de Leyva is a small town situated on the above-mentioned plateau, more precisely at an altitude of 2,141 m, where the average temperature is 18˚C and about 15,000 people live. In the 16th century before the arrival of the Spaniards, the Zaquencipá valley was inhabited by the indigenous Vok, the Muiscas. Today, only a solar observatory and various small sculptures and ceramics bear witness to their time. When the Spaniards came to the area in 1537, the Muisca people did not offer much resistance and the villages disappeared. The settlement was officially founded on 12 June 1572. In the 18th century the town was left to decay, many inhabitants left the village and left their property there. This drew the attention of Spanish noblemen to the town, who began to use it as a retreat and holiday resort. A concept that is still relevant today, because many capital city dwellers come to Villa de Leyva on weekends or holidays. In 1875, 5,000 olive trees and 1,000 vines were planted in the surroundings of Villa de Leyva, which are then and now used for production. In the urban planning, the Spanish grid pattern was adopted, which is always planned in rectangles from the main square and is characterized by straight and parallel street courses. The baroque style was used as a decorative element in some buildings. The paved streets and alleys create a special ambience. The main square Plaza Mayor with its 14.000 m² is the largest square in Colombia, characterized by the typical paving and a Moorish fountain in the middle, which guaranteed the water supply in the village at that time. In 1954 the town was declared a National Monument.

There are many tourist destinations in the area: the waterfalls of La Periquera, where you can go hiking or water sports (climbing). The Pozos Azules, a landscape of several small artificial lakes shimmering in different shades of blue and green. In this infertile landscape, which almost looks like desert, they appear like small oases. The play of colours and the contrast with the brown-grey environment are stunning.

La Casa Terracota is curious - a house which was designed in creative forms and completely made of clay. It would even be habitable, but is only open to visitors as a tourist destination.

A peculiarity of the surroundings of La Villa is the fact that before the formation of the Andean cordilleras, a huge sea spread out in the valley, which had to give way only with the displacement of the tectonic plates. Therefore, in this area there is a surprisingly large number of marine fossils to be admired, which are exhibited in different museums. The nearby settlement of Raquirá became the first centre in the country for the production of terracotta and clay ceramics. By producing individual and unique pieces, the town became known throughout the country.

The département, whose capital is Bogotá, is characterized by a privileged mountain system that presents a variety of climatic zones. In the lower range from 300 to 1000 meters altitude you can find temperatures from around 30˚C, followed by the sweet, spring-like climate from 18 to 20˚C in the heights from 1,000 to 2,000 m and finally in the upper range where you can find temperatures from around 8 to 10˚C up to minus temperatures on the mountain peaks. Not to forget the enormous biodiversity in these zones.

The water resources are extremely generous. This has several advantages, because it certainly has a great agricultural benefit, but it also plays an important role in adventure tourism, relaxation and for photography lovers. All these rivers flow either into the Magdalena in the west or into the Meta in the east, two of the three largest river systems in the country. In addition, there are a very large number of lagoons and lakes that can be visited.

The lush green of the diverse vegetation, the steep slopes in the mountain landscape, the artistic wealth of its inhabitants, who offer very finely crafted crafts, the culinary delights, the friendliness of the people, a variety of accommodation and the many leisure activities offered, make the region one that is undoubtedly worth a visit and should be enjoyed on all trains.

The village of Zipaquirá is located just 50 km from the capital at 2,652 m above sea level, with an average temperature of 13˚C. Here you will find the place that you must visit without a doubt when travelling in the surrounding area. Zipaquirá was built on an enormous salt mountain, whose extraordinary size and depth of a few meters has led to the construction of one of the most wonderful Catholic sanctuaries. Sculpted into the same salt rocks, an underground attraction has been created here, a tunnel system with a unique illumination that remains in memory. To mention some of the highlights of this visit: the enormous cross on the main altar, a baptismal font, 14 stations of the Passion of Christ, the Angels of the Apocalypse. Outside the salt mine is the Salt Museum.

Furthermore, it is worth taking a stroll in the village itself, which has several pretty squares, colonial buildings, the old train station, new republican architecture and the mighty cathedral.